Ancient sea trading routes around the South China Sea, Bay of Bengal, and Malaysia further diversified the Orient by connecting people to new cultures, new ideas, and a vast untapped wealth of knowledge. Merchants traveled by ship to Somalia, Egypt, or Madagascar by crossing the Indian Ocean and Arabian Sea, while transporting silks, spices, and treasures for trade. Scholars learned from foreign cultures firsthand while developing a deeper understanding of the world. 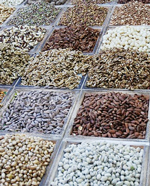 Expeditions into the Gulf of Aden and Red Sea introduced a profitable link to the Mediterranean Sea. Now merchants had an effective way free from the harsh Gobi desert to Greece, Italy, France and Spain conveniently within a sail's reach. Summer monsoon winds carried ships to and from new lands for trade. Camels and riverboats extended sea routes further inland to the Roman Empire with communication and goods from the east. Trading via the Arabian Sea started much earlier than when it became an extension of the spice trade, in fact many hundreds of years prior to when many Silk Road traders migrated to leveraging sea-based shipping routes. Antiquity describes large Egyptian ships capable of carrying goods as old as 1420 BC, and huge Greek warships, quite able to move trade goods if desired, dating to a time older than the eighth century before common era.

Sailing vessels were common in the Arabian Sea, and occupied the waters on a regular basis thousands of years before Spain traveled to the Caribbean for the first time. A way to envision overall, how active ships were in the Arabian Sea is a view of many trading ports dotting its coastlines. In fact, the Arabian Seas are closely connected to the major lost treasures of:

At least fourteen major hubs connected the Arabian and Red Sea coast with active routes stretching from Alexandria to Sri Lanka by the year 250 current era. Monsoon winds changing directions with the seasons provided breathe at a sail's back across the Arabian Sea. Although some scholars believe it wasn't until the fifteenth century before trade winds adapted their name, sailors crossed the Arabian Sea and Indian Ocean on Northeasterly and Southeasterly trade wind patterns thousands of years beforehand.