By the end of the seventeenth century, privateer operations reached a pinnacle and account for the capture of many thousands of ships on behalf of government payment. The profession boasted lucrative returns greater than mediocre wages usually offered to navy sailors, but with the promise of large rewards lurked a substantial amount of danger. Greater reward often presented a greater risk in dealings with pirates. Privateers act on their own accord within the confines of respected governing houses, for armistice, commission, and similar perks offered poignantly to detain those at war against, or in cahoots with the crown. Beyond funding for privateering, these entrepreneurs were commonly presented with additional ways to generate income, and along with this, a viperous temptation for piracy.

Proven success privateering gained audience with governments and more lucrative opportunities presented themselves. Welsh privateer Henry Morgan, for instance, gained authority from Britain to launch full scale attacks on Spain after establishing a notorious presence in the Caribbean with large privateer fleets. As part of his bargain, Morgan kept generous portions of any seized treasure while the English crown wins with victory over Spain, making him a very wealthy man by the time he retired from privateering. In fact, estimations place Henry's net worth at retirement upwards of fourteen million in modern equivalent, a substantial feat considering the daily risk involved in the profession.

Morgan's treasures accumulated slowly at first as he worked his way into a commanding position over several ambitious years. His notably unrivaled loyalty to the English crown was clearly demonstrated early on by an eager willingness to fight for territory, even if it meant sailing a fair distances with minimal knowledge to participate in battle. The entrepreneur's valor and determination earned a position of captain under command of Christopher Myngs, a stepping stone which would become the very foundation of Morgan's privateering fleets. The Spanish considered Christopher a pirate with foul intentions and as a commander who would stop at nothing to bring about destruction and murder. Lord Windsor, the English governor of Jamaica at the time, helped Commodore Myngs establish a massive fleet capable of carrying out plans to destroy Spanish settlements in the area. 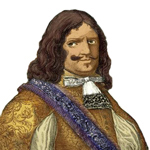 Fourteen-hundred buccaneers sailing on fourteen ships dedicated to ransack and pillage the Spanish, and among them, the fearless Captain Morgan in an opportune position with access to a powerful arsenal. Unorthodox methods utilized by both Lord Windsor and Christopher Myngs eventually stirred a great deal of controversy with the English government. On multiple occasions, Myngs and Windsor defied requests from the English, blatantly refusing to stop pirates from pillaging Spanish ships. England and Spain were on the verge of reaching a treaty during territorial conflict, and in light of this, England began attempting to help protect Spain in a show of good faith. Lack of help from Lord Windsor subsequently prompted his replacement with Thomas Modyford, who in 1664 became the new governor of Jamaica.

Modyford also found trouble in defending Spanish vessels from pirates and continued to issue attacks on Spanish ships and settlements. At the height of delegations, England requested all privateers and pirates to cease operations against the Spanish they reached a peace agreement, yet privateers and pirates did not halt. Instead, they continued to plunder under Modyford, who then placed Henry Morgan in a more predominant role of command. Morgan is now poised to take the Caribbean by storm, and with several letters of marque from Modyford authorizing all-out siege on Spanish, Morgan spared no delay. Henry quickly attacked Puerto Principe, gaining around fifty-thousand Spanish pesos despite a tip-off warning Principe of the impending attack. After this, ransack on Portobelo net approximately two-hundred thousand Spanish pesos.

Then, Morgan and his men sailed to Cartagena seeking the vast wealth cache at the well-fortified garrison of Cartagena de Indias. It was in Cartagena where Morgan commandeered a French vessel he accused of piracy against the English government. Legends also suggest the possibility Morgan secured a significant amount of treasure from the Spanish at this time although historical record doesn't seem to record the plunder. Cartagena, located on the south-western edge of the Caribbean Sea, is an important Spanish trading port during the seventeenth century also known as Rio de la Hacha. The post collected gold, silver, and gems obtained from expeditions to Peru and New Granada, and funneled these riches onto galleons for sailing to Havana. Spain's treasure fleets often traveled from the Cartagena region transporting large amounts of wealth. Some theories suggest the lost treasure of Hernan Cortes was recovered by Spain and sent to Cartagena, and that Morgan managed to obtain it before retiring in Jamaica. For this to be possible, the treasure of Cortes must have unlikely stayed in Cartagena port for well over one-hundred and fifty years.

The key to Morgan's success as a privateer who retired wealthy, is attributed to his ability to siege entire Spanish settlements and their ships, yet credit must also be placed with Modyford for enabling the situation to ignite. Modyford trusted Morgan's ability and continuously provided the authorization Morgan needed to perpetuate plundering. Henry stood for England and believed strongly in converting new world colonies into English, even if it meant treading dangerous waters and testing patience of the crown. Morgan was truly a fearless, savvy buccaneer capable of launching attacks even after deflation from a previous defeat. His predecessors helped him build the largest known privateering fleet of the time and from this Morgan learned to command successfully.