Treasure in caverns and mountainsides 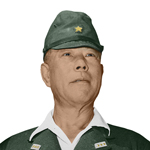 The story of Yamashita is one that is a little different from traditional pirate lore, not only because it's set in a more recent era, but also by the scope and complexity of the Yamashita operation. In the early twentieth century, Japan faced crisis as poverty struck the nation, plunging the economy into one of dire straights. To combat this, literally, Japan took arms sending thousands of troops to sweep across China, pillaging and plundering everything in their path. From banks to school houses, Japanese forces participated in a ruthless endeavor to restore wealth of their own country with seemingly no remorse. This became a dark period in Japan's history, stealing for the survival of the country.

Gold, silver, jewelry, and other precious items obtained were moved back to the coast, then shipped back to Japan using a staging ground in Bacuit Bay, Philippines. The forwarding post acted as a repository, whereby ships could make continuous runs to and from China faster, then transport the plunder to Japan afterward. According to some researchers, though, ships were moving wealth back to Japan the entire time, and that the repository area held very little in terms of the war effort. Stories have become modern legend implying otherwise, and this is where controversy ensues. As with the height of the war, Japanese forces were backed into a mountainous corner and spread across the Philippines. According to locals who accompany their stories with detailed treasure maps, the Japanese buried plunder from China in over one-hundred and seventy hidden cache sites around the Philippines.

Legend claims Japan became so burdened by war efforts that ships transporting stolen treasures could no longer be fueled, prompting wealth to be left at this staging site. These legends incidentally spawned a cottage industry in the Philippines, whereby locals offer to take tourists on excursions in search of buried treasure. Every local involved claims to know exactly where the treasure is, and yet, requires payment for their services. Questions beyond this are raised regarding other parts of the legend's logic, asking why Japan chose to distribute the stolen treasure in caverns and bury it in mountainsides. This would be an effort far beyond necessity in the time of war, especially when they lost control of shipping routes and could no longer fuel. Why not, perhaps, keep the plunder at one or two guarded sites for its eventual transport after the war, why expend even more resources to hide it?

Another theory suggests a smarter strategy, to move the treasure to neighboring countries such as Taiwan, or leave some of it controlled in southern China. No records indicate exactly where the spoils ended up, and it's a reasonable expectation to believe Japan was capable of using diverting tactics to protect the plunder. Perhaps in that, activities in the Philippines were a small part of a much more complex plan. One in which details were carefully leaked out to locals along with bold action to create a facade, misdirecting focus during the war effort far away from the loot's true journey. Researchers are aware gold has been discovered on the island, but they're largely unsure whether or not the gold found was salted. What were thought to be significant discoveries in modern times turned out to be hoaxes designed to keep this cottage industry generating money years after the war. For example, a large cache of bars were found with a very small percentage of real gold, leading investigators to believe the treasure was planted by local profiteers. From this it is understood the truth of where Yamashita's gold went may never be known despite years of searching by both professional and amateur treasure hunters.