Sailed into the Salton basin

When one imagines hospitable conditions of a desert, thoughts often focus on what we know generally of deserts. Dry, barren, dusty wastelands with cacti, snakes, and sometimes a hopeful oasis mirage dancing in the heat on the horizon. Deserts are an extreme environment capable of evaporating water at dangerous rates during the day while producing life-threatening extreme cold temperatures at night. Scouring any desert for any lost treasure may be a death wish, but to find a prized sunken treasure of a Spanish galleon, in a desert?

For the Salton Sea, such a treasure may truly exist and there might possibly be others given the sea's conditions along with how it was once perceived by sailors. An aerial view reveals evidence the sea was once much larger, and history of the area shows a connection to the Gulf of California, also known as the Sea of Cortez, hundreds of years ago. There are definitely plenty of locations over the vast Sonoran Desert basin where ships could have disappeared. A unique feature once found here is a tidal bore phenomena capable of drawing water into the basin as a flood surge at high tide, and this is where a few legends of lost treasure in the Salton Sea originate.

Significant to the Sea of Cortez and its connection to the Salton Sea, are these tidal bores. Follow a long winding path, with the help of satellite photography, along Rio Colorado from a wide delta at Isle Montague toward a modern Salton Sea for example. River branches are aligned in the general direction with run-off tributaries flowing inward from the basin rim. Along with this, the Salton basin extends as far east as Yuma, then to the western edge near Anza-Borrego, all the way to a tip which might have been one day just north of Palm Springs, the entire area once known as Lake Cahuilla centuries ago. Modern dams built upstream, and broken levies have changed natural flow of the Colorado River, causing sediment build-up to effectively cease tidal bore flooding, leaving a much smaller salty sea behind. 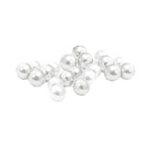 In the early seventeenth century, Spanish ships visited the California coast in search of oysters for pearls and for other promising discoveries. Accordingly, one of the ships overflowed in pearls and unfortunately sailed into the Salton basin with intent to find passage directly to the Gulf of Mexico or the Atlantic. At the time, such a passageway through the North American continent was thought to exist as evident on sixteenth century maps. Instead of finding providence, the ship ran aground as water levels dropped with an outgoing tide, forcing the captain to leave it behind. An event described both as the land coming down to barricade the Sea of Cortez like a giant mudslide, and as water drying up below the ship's hull at such an incredibly disastrous rate the ship is left dry, standing upright on its keel.

A second legend is told by Cahuilla Indians who made home around Lake Cahuilla. The account speaks of a large Spanish galleon appearing in the lake and anchoring just offshore from a Cahuilla settlement. Perceiving the Spanish as a threat, the Cahuilla executed a surprise attack as the Spanish made their way to shore. After a victorious battle and seizing of the ship, the Cahuilla proceeded to salvage the galleon for treasure and goods. They discovered several large iron-bound chests that eventually proved to be impenetrable, even by brute force. Forceful attempts at opening the irons lead to an accidental break in the ship's anchor line, sending it floating out to sea while in the distance they watched the ship capsize and sink from view.

These however, are only a few accounts of potentially many vessels eventually stranded in the Sonoran Desert and some legends even suggest ships have been lost inland as far from the Sea of Cortez as the Mojave. Similar scenarios start with a ship following the gulf to its end, literally, and is then unable to return to sea. The stories paint a vivid picture describing the basin's devious hidden dangers along with further proof tides may change at any time. For hundreds of years, an incoming tide mixed into the river delta, pushing a wall of water inland as a tidal bore and ship captains may not have realized this was going on. If the entire sea is raising in elevation at the same time, how would a ship floating upon it see the elevation change without land to as reference?

Probability, legend, and motive suggest the distinct possibility of ancient ships existing somewhere beneath the sands of California's deserts although hardened facts have yet to surface. Suggestive evidence is the fuel for some explorers who lead search parties into the dry heat for a once in a lifetime discovery, but they too haven't found the slightest of clues to keep expeditions funded. Discovering lost wrecks in the Sonoran, or the Mojave, is met with more difficulty than uncovering sunken ships in the sea. It is truly like finding that proverbial needle, in this case, a splinter of wood in a sea of sand. Looking for anomalies with sonar is out and airborne profiling with GPR only provides contours up to thirty feet deep. Dust storms, debris, and sandy winds in the desert pile together in dunes as deep as two-hundred meters in some places of the Mojave. Even if an odd-shaped formation resembled a galleon in the desert, there's a likely chance for it to be none other than a pile of accumulated particles.